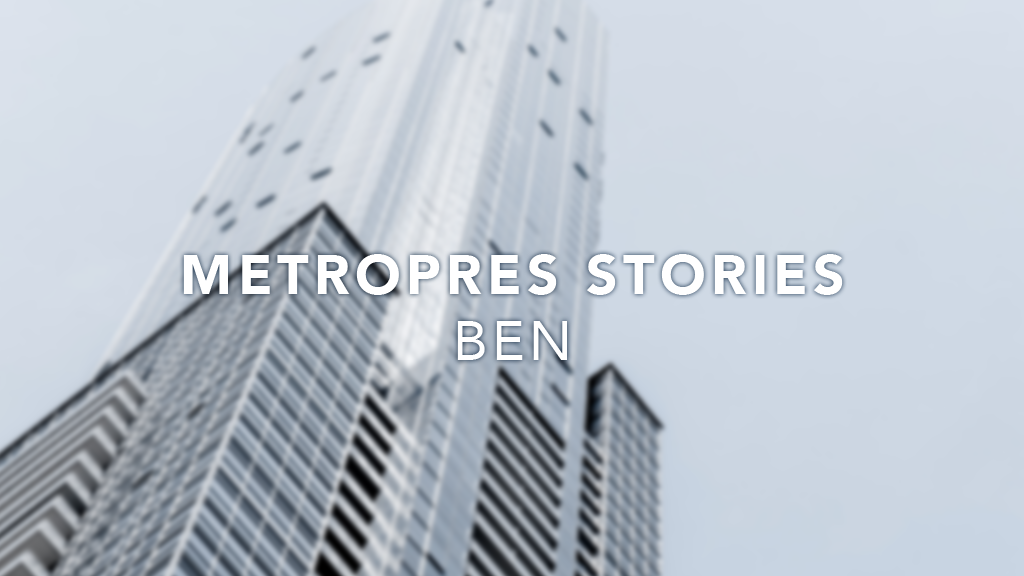 As long as I kept succeeding, there was no reason for me to feel that putting faith in myself was a bad way to live.

I was glad when they said to me, “let’s go to God’s house.” My father always used to start off our Sunday drive to church this way when I was younger; he was paraphrasing Psalm 122:1. However, in my mind, attending church was always a chore. Something to do because my parents were active members in the church we were attending. I played violin with the praise team, bowed my head to pray, and barely listened to the sermons. This process was repeated all the way up until my senior year of high school. By that time, I was burned out and was simply going on autopilot during church services. Church felt like a waste of time, the community felt old, and I had made the decision to not attend church when I went away to Temple University. In my mind, there were better ways to spend my time than bowing my head with a bunch of people trying to believe in something that we could not see. I began to justify my thinking that God could not be real and that Christ was merely a symbol that people used to think they were better than others.

I began to put faith in myself. My accomplishments were mine and mine alone. There was no such thing as “God given talents” and the belief that prayer did anything was laughable to me. I was cruising through school and thought that I was living life to my fullest potential. Every day that went by, I was convincing myself that there was no need for God to be in my life. As long as I kept succeeding, there was no reason for me to feel that putting faith in myself was a bad way to live.

The first time I came to Metro was to play violin as part of a string quartet for the 2016 Easter service. The string quartet played, we collected money, and I never imagined that I would ever step into Metro ever again. However, a couple of months later, I was contacted about possibly being paid to play violin on Sundays at Metro. I was not keen to this idea and did not want to be a part of a church; even if it was just playing the violin on Sundays. Yet, the idea of getting paid had a nice ring to it so I decided to come out and play on Sundays.

I‘ll be very blunt. I did not like Metro at first. The praise team was too relaxed, the sermons felt too long, and I felt like there was no way I could ever plug into the community that was already present. More importantly, I had no intention of wanting to be a part of Metro. However, a couple of months into my senior year, my life began to take a couple of unexpected turns. School work began to become overbearing, my pursuit of a romantic relationship had skewed my respect for women, and my drinking habit was slowly but surely killing me. The reality was that I was drowning in my self-righteousness. I was more content with drinking myself to death than reaching out for any sort of help. Admitting that I needed help would be admitting that I could not accomplish everything on my own; I was not willing to do that.

Before I even thought to reach out for help, help came to me in the shape of Metro’s community. After being trapped in this downward spiral for weeks, I was thrown a lifeline. All of a sudden, people from Metro began to text me, call me, and hit me up for meals. Not just once in a while, but on a weekly basis. People who I had no intentions to care for began to care for me. I was shocked but grateful for their support. I was beginning to see how much Metro cared for their community. It doesn’t matter if you have been attending Metro since its inception or if you are a newcomer; Metro’s community cares for you the same.

Eventually, I found myself attending Metro services every Sunday instead of just the Sundays that I was being paid to play violin. This led to grabbing meals with college students and other members after services. Soon it led to hanging out and studying until the evening every Sunday. These moments have become some of the fondest moments in my life. I am proud and honored to call the people at Metro my brothers and sisters, as they have become like family to me. The community continues to challenge me to be a better person and a better Christian every day. The Metro community is the reason why I continue to be a Christian today. I never would have thought that instead of picking up a beer bottle I would be picking up a bible, but it is happening right before my eyes. The road to being a Christian has not been easy and there have been many times where I have wanted to leave Metro and give up. But every time I feel that way, there is a community behind me that supports me, loves me, and helps lead me in the right direction. I never really believed in the power of “Christ’s love” but I can’t deny it now because there is a community at Metro that embodies it. I am so grateful and thankful that God never gave up on me and that He led me to a community that can help me grow, love, and share the Gospel. So now when my family enters the car to go to church on Sunday mornings, I can be the one who can smile and say, “Let’s go to God’s house”.