Skip to main content
Back to Stories
Advent·December 12th, 2013
Peace on Earth 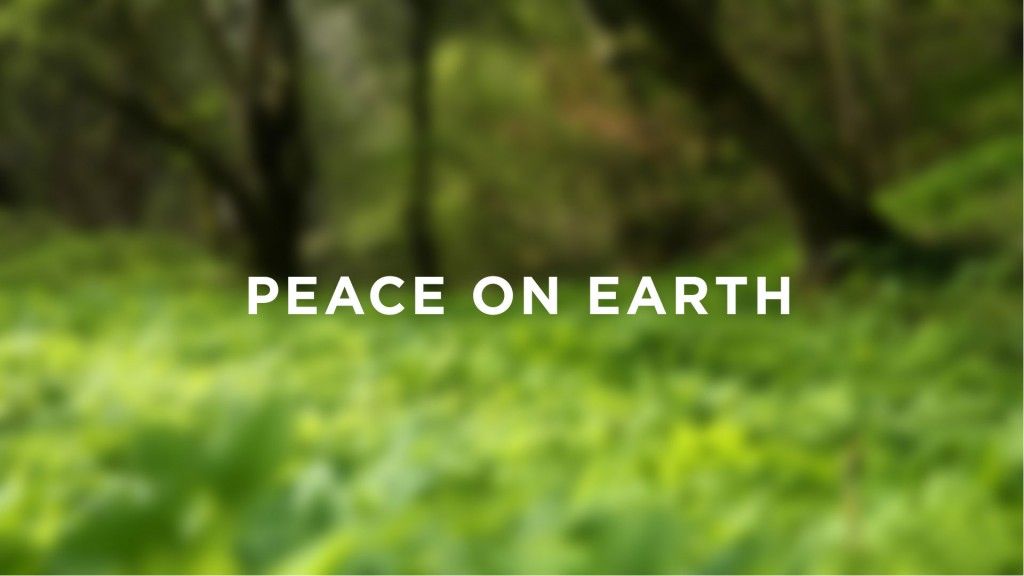 8And in the same region there were shepherds out in the field, keeping watch over their flock by night. 9And an angel of the Lord appeared to them, and the glory of the Lord shone around them, and they were filled with great fear. 10And the angel said to them, “Fear not, for behold, I bring you good news of great joy that will be for all the people. 11For unto you is born this day in the city of David a Savior, who is Christ the Lord. 12And this will be a sign for you: you will find a baby wrapped in swaddling cloths and lying in a manger.” 13And suddenly there was with the angel a multitude of the heavenly host praising God and saying 14“Glory to God in the highest, and on earth peace among those with whom he is pleased!” – Luke 2: 8-14

During the advent season, we revisit holiday movies, Christmas music over the radio, and the stress of holiday shopping. We remember Christmas through all the school plays and specials we see on TV. But how did it start? In Luke, we find that the news of Jesus’ birth starts with very humble beginnings. All throughout the Old Testament, we see the failures of the fathers of the faith: prophets, judges, and kings. With each failure we see the justice and grace of God faithfully administered to His people. You see, in the entire Old Testament, all the failures and prophecies point to redemption of the world through God’s perfect design—the arrival of His son, Jesus. And with all of history pointing to the arrival of the one who would redeem history, it’d be logical to assume that the news of His timely arrival would appear first to those worthy of such news. But in Luke chapter two, we find that it is in fact quite the opposite.

The first people to receive this news were not the wise men, the king, or the prophets—people who had authority and status. The news first broke to shepherds who were keeping watch of their flock out in the fields. Now, we imagine shepherds to be the honest, hardworking, blue-collar people of society. But what we don’t realize is that shepherds were not the honest, hardworking people we imagine. In fact, in ancient times, shepherds were considered some of the lowest members of society. They were dirty, uneducated, and because of their line of work, they were irreligious, and prohibited from entering the Temple. From the beginning of time, since the Garden of Eden, God and man have been at war with each other. Sin caused a great chasm that broke any kind of genuine relationship we had with our Father. God’s plan was to end the war. God’s plan was to make peace between Himself and all mankind through His son Jesus. The news of this ceasefire comes first to the shepherds. You see, God doesn’t bring the news to the privileged or high class—He delivers the news to the broken, the poor, the marginalized, and forgotten. He brings this news of peace to those who were not, and may not ever had stepped foot inside the Temple of God. God says, “You and I have been at war with each other since the beginning of time. But I’m going to end that. I’m going to bring peace on earth, and the agent of that peace comes through my own Son Jesus.”

The Cost of Peace

Advent is about God’s perfectly designed plan of restoration and redemption, executed through Jesus. Quite literally, executed through Jesus. All the justice that God relented in the Old Testament, all of God’s wrath that was stored up, all His anger that he reserved, was cast upon Jesus on the cross. With the arrival of Jesus, also came the arrival of God’s wrath that would be laid upon Him on the cross. Because God’s wrath was satisfied on the cross, His grace and mercy showers on us. He looks on us with unconditional love and mercy because Jesus received the ultimate punishment we deserved. We are afforded peace, because Jesus experienced the ultimate unrest on the cross. He was scorned, punished, forgotten, cast out, and annihilated so that we could be healed, forgiven, remembered, and accepted. The angels declare, “peace on earth.” But we forget that peace usually comes at a cost. Jesus paid the ultimate price for our peace, our acceptance, and our forgiveness. This season let us remember the cost of peace, which was declared, and completed by the one who gave up His peace on the cross. Rejoice and be renewed in the peace of God that he gives to us freely though His Son.