Skip to main content
Back to Stories
Lent·March 30th, 2021
You Will Disown Me 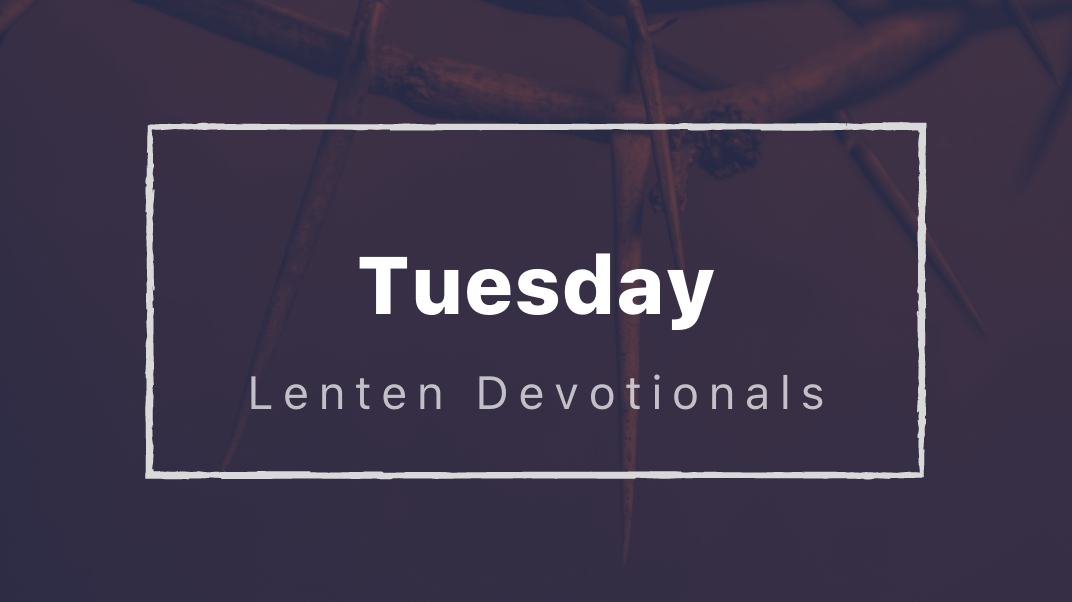 22 While they were eating, Jesus took bread, gave thanks and broke it, and gave it to his disciples, saying, “Take it; this is my body.”

23 He took the cup, gave thanks and offered it to them, and they all drank from it.

24 “This is my blood of the covenant, which is poured out for many,” he said to them. 25 “I tell you the truth, I will not drink again of the fruit of the vine until that day when I drink it anew in the kingdom of God.”

26 When they had sung a hymn, they went out to the Mount of Olives.

‘I will strike the shepherd,
and the sheep will be scattered.’

28 But after I have risen, I will go ahead of you into Galilee.”

30 “I tell you the truth,” Jesus answered, “today—yes, tonight—before the rooster crows twice you yourself will disown me three times.”

31 But Peter insisted emphatically, “Even if I have to die with you, I will never disown you.” And all the others said the same.

When we pray, we typically close the prayer by saying, “Amen,” as a form of agreement or affirmation. It would be the equivalent of saying, “I’ve weighed out what you said, and believe that it is valid.” However, in this passage, we see Jesus, not once, but twice, start his teaching by saying, “I tell you the truth,” or “Amen,” to emphasize the authority and truth with which he spoke.

In the first statement (Mark 14:25), Jesus says, “I tell you the truth, I will not drink again of the fruit of the vine until that day when I drink it anew in the kingdom of God.” In other words, Jesus is saying, “I am so committed to you I will die for you. I will not rest, I will not eat—I will not drink until my death”. Jesus isn’t hoping to be faithful, he’s saying that he will be faithful—to the end. In the second statement (14:30), Jesus responds to Peter, “I tell you the truth, today—yes, tonight—before the rooster crows twice, you yourself will disown me three times.” Simply put, Jesus is saying, “You will always fail me”—a harsh reality that even those closest to Jesus during his time on earth had a difficult time accepting.

Put together, the truth is that Jesus will never let us down even though we will always let him down. Facing great betrayal, Jesus shows great compassion to those he considered his closest friends—those who are soon to forsake him. Yet, on the cross Jesus faced an abandonment or rejection from the person closest to him—his Father. He was disowned by the Father so that we could be adopted by the Father. He was rejected and abandoned so that we could be accepted and loved—and he did it willingly and gladly. To the end—Jesus never fails.

What does this mean? It means we can surrender. As the Apostle Paul urged in Romans 12:1, “In view of God’s mercy, to offer your bodies as living sacrifices, holy and pleasing to God—this is your spiritual act of worship.” When we trust in the faithfulness of God, we can rest fully in the promise that he will never fail. What false “truths” have you said, “Amen,” to—what false truths have you put your hope in? Friends, look to Jesus, who, at the cost of his life, was trustworthy and unfailing.

Prayer
Dear Father, how amazing it is to know that, despite my constant failure and forgetfulness, you are the unfailing, everlasting God. Thank you for your faithfulness in the midst of great trial, suffering, and betrayal—for clothing me in your righteousness, acceptance, and love. Teach me to forsake the world and trust the person and work of Jesus Christ. Help my unbelief. In Jesus’ name, Amen.