Skip to main content
Back to Stories
Lent·March 29th, 2021
You Will Betray Me 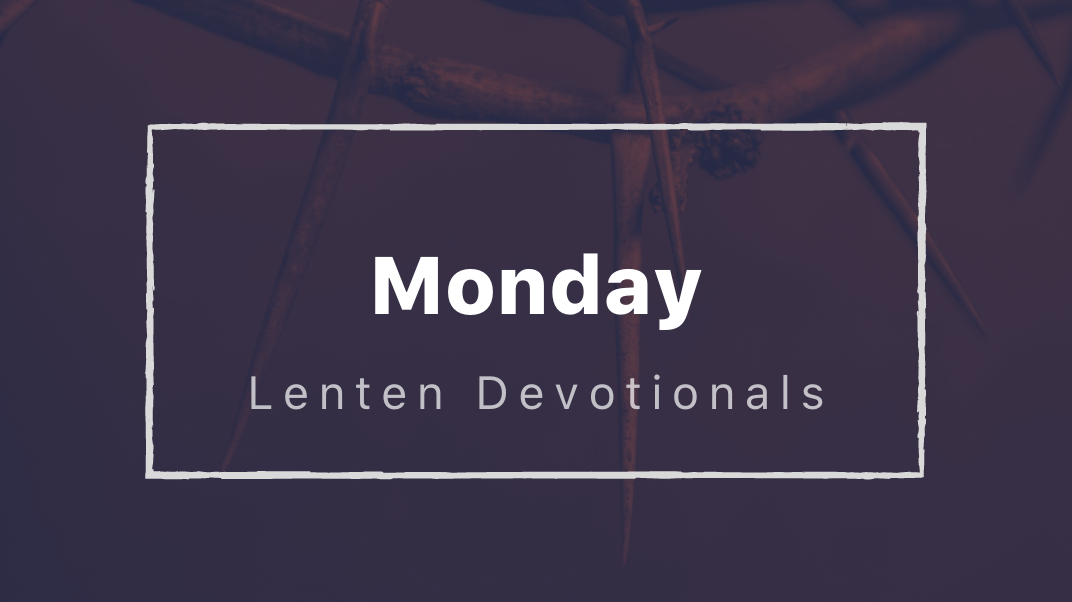 12 On the first day of the Feast of Unleavened Bread, when it was customary to sacrifice the Passover lamb, Jesus' disciples asked him, “Where do you want us to go and make preparations for you to eat the Passover?”

13 So he sent two of his disciples, telling them, “Go into the city, and a man carrying a jar of water will meet you. Follow him.14 Say to the owner of the house he enters, ‘The Teacher asks: Where is my guest room, where I may eat the Passover with my disciples?’ 15 He will show you a large upper room, furnished and ready. Make preparations for us there.”

16 The disciples left, went into the city and found things just as Jesus had told them. So they prepared the Passover.

17 When evening came, Jesus arrived with the Twelve. 18 While they were reclining at the table eating, he said, “I tell you the truth, one of you will betray me—one who is eating with me.”

19 They were saddened, and one by one they said to him, “Surely not I?”

20 “It is one of the Twelve,” he replied, “one who dips bread into the bowl with me. 21 The Son of Man will go just as it is written about him. But woe to that man who betrays the Son of Man! It would be better for him if he had not been born.”

During the Last Supper, Jesus says to his disciples: “I tell you the truth, one of you will betray me—one who is eating with me.” Here, we see the reality of who we are: natural betrayers. Everyone, by nature, desires something other than God. Just as Judas’ life shows, a life that is not repentant of our natural tendencies of betrayal will lead to a life of guilt and sorrow.

However, this passage gives us hope. Mark 14:21 tells us that the Son of Man will go “just as it is written about him.” Jesus is saying that he is fulfilling Old Testament prophecy, specifically, Isaiah 53, where we learn about the Suffering Servant of God: “We all, like sheep, have gone astray, each of us has turned to our own way; and the Lord has laid on him the iniquity of us all. He was oppressed and afflicted, yet he did not open his mouth; he was led like a lamb to the slaughter, and as a sheep before its shearers is silent, so he did not open his mouth.” Jesus Christ was declaring that he is that Lamb of God. Jesus, who is mighty, perfect, and spotless, became weak and vulnerable on our behalf. He saves us through his sacrifice. He is victorious through our betrayal.

With Jesus as the spotless lamb, who takes our guilt and shame, we can now approach God with honesty about how we betray him daily—for there is no more condemnation for those who are in Jesus: through his righteousness and work on the cross, we are saved. What must you be honest with God about regarding your betrayals of Jesus today?

Prayer
Dear Father, we thank you for saving us from the wrath and punishment we deserve. You sent your perfect Son as the ultimate Lamb, the ultimate sacrifice, so we would be spared from eternal death and separation from you. May we be reminded of the person and work of Jesus Christ as we begin this Passion week to be melted into repentance. Thank you for redeeming and restoring us unto a new life in Christ. Teach me to serve and sacrifice, just as your Son served and sacrificed by giving his life as a ransom for many. In Jesus’ name, Amen.