Skip to main content
Back to Stories
Metro Stories Series·April 11th, 2013
The Importance of the Resurrection 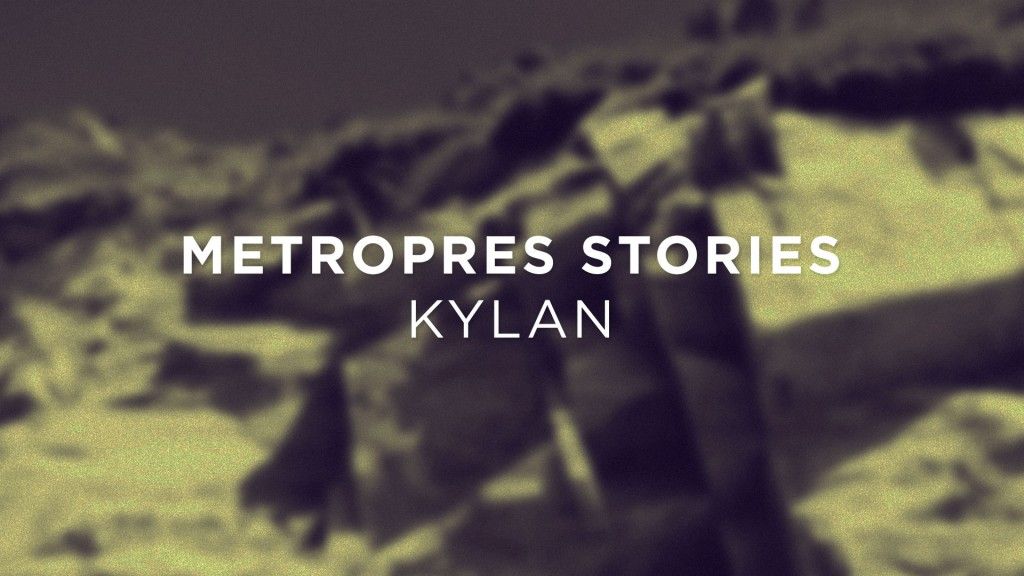 I wanted to explain the Bible’s message to Ken and asked him if he had heard about Jesus being crucified; he said yes. We talked about His death and why He died, and I then asked, “And what happened next?” “I don’t know,” Ken said.

Zombies may be the most popular horror idea of our time. Even though we know that dead bodies stay dead, there is still something spooky about seeing people reanimated in The Walking Dead or Game of Thrones, back on two feet but acting like bloodthirsty animals. But there’s something real that everyone fears: death itself. It is not fictional like the “undead” or chilling but rare like a lightning strike or shark attack; death is certain sooner or later. Indeed, the fear of death is what gives life to the idea of zombies: what if that’s the fate that awaits us? There’s an even deeper reason death is fearful, not just because it is unknown and inevitable. The scariest part is that we deserve it. Romans 6.23 says, “For the wages [earned salary] of sin is death.” That’s what makes Easter such a powerful holiday.

I was sitting down with Ken [not his real name], a Japanese man well into his engineering master’s program who speaks and reads English well. I wanted to explain the Bible’s message to Ken and asked him if he had heard about Jesus being crucified; he said yes. We talked about His death and why He died, and I then asked, “And what happened next?” “I don’t know,” Ken said. I was surprised, because my question had been rhetorical. “No, really. What happened next?” “I really don’t know,” he said. In 25 years of life and a full program of education, Ken had never heard about Jesus’s resurrection!

Perhaps you read this story and don’t believe Jesus actually came back to life, any more than you would believe zombie reports. Or perhaps you don’t think it makes a big difference—His unparalleled teaching and tragic death take center stage. The Bible makes a very specific and clear claim: Christ Jesus walked out of the tomb three days after He was buried in it. The truth of the entirety of the Bible hinges on this claim, as Paul wrote: But if there is no resurrection of the dead, then Christ is not risen. And if Christ is not risen, then our preaching is empty and your faith is also empty. Yes, and we also are found false [lying] witnesses of God, because we have testified of God that He raised up Christ…And if Christ is not risen, your faith is futile; you are still in your sins! (1 Corinthians 15.13-15a, 17) In other words, Jesus’s resurrection is critical to the truth of the whole Christian message. Without it, all preaching and belief is vain; the apostles and prophets were actually deceivers and there is no hope of your sins being forgiven! Why can Paul, speaking by the Holy Spirit, say such strong words about this event? Because if Jesus hasn’t conquered death, then He isn’t who He said He was: the promised King, the Son of God Who came to save us from our sins. But after showing the importance of the resurrection to the Christian faith, Paul continued: “But now Christ is risen from the dead” (1 Corinthians 15.20) “seen by Cephas [Peter in Greek] then by the twelve.” (verse 5). We have the assurance of eyewitness testimony that there is life beyond the grave—not a mindless, horrifying existence, but a personal return to life that Jesus has accomplished. He has defeated death! Moreover, for those of us who trust Him, there is the promise that Jesus is “the firstfruits” (verse 20) of the resurrection. In other words, because He is risen, we will be risen as well. We need not fear death any longer. The Easter holiday is a reminder of where true hope can be found. In an age of hopelessness and horror, we can find eternal life only through faith in Christ, Who can raise our bodies up from death into newness of life. — Kylan currently attends Metro Presbyterian Church with his wife Christina and volunteers his time serving as an editor, usher, and a member of the music team.