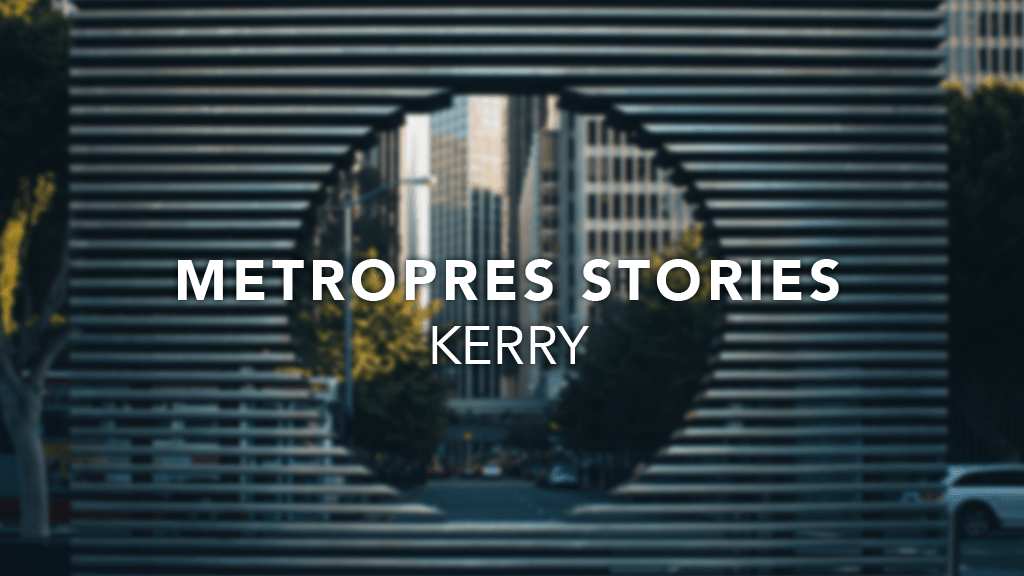 It’s been about a year or so that I have been attending Metro. Initially, I thought, “Wow, the year flew by.” However, thinking back on all that has happened, it feels exactly like that: a year. How I first came to Metro is a little different than most stories. I came to Metro to support someone who had been struggling with their faith and was in search of a different atmosphere. I thought the environment of being around peers might help acclimate this person back to church, as the church we had been previously attending comprised mostly of an older generation. I came along solely to support my friend as I was already regularly attending another church. I honestly felt self-assured with where I was in my life as I - young, busy, and thriving - was even attending church and had faith. Well, the Lord was very quick to humble my complacency when I came to Metro. My friend went a few times, but has yet to come back to church; we continue to pray for that person. I, on the other hand, was extremely encouraged by those I met at Metro. Everyone was around my age group but the passion, commitment, and faith that poured out from the leaders was something I saw for the first time at any church. It was encouraging to see so many young people put so much effort not only in this church, but also spending their time reaching out to those struggling in different aspects of their lives! This coupled with Metro’s mission to not only plant the East Falls location but also to spread the Gospel throughout the Philly Metro area really spoke to me. Thus, I made the decision to stay at this church, regardless of my friend’s circumstances.

Considering how quickly I adjusted and got involved at Metro, my transition may have appeared smooth and easy. However, that was not the case.

I like to get involved quickly in any new situation and setting. Within a few months, I joined the hospitality team; welcoming new and old visitors. I enjoyed being able to talk to newcomers as I had a fresh take on what it felt like coming to a new church. However, ask anyone and they'll tell you that there is a limited time of fellowship after service. You often do not get to speak with everyone, and with those you do, it’s often just a small catch up session about the week. The excitement of being part of the hospitality team did not last long for me. I generally have a hard time building a meaningful connection with people whether it is in small spurts or large groups. I did make several friendships here and there, but at the end of most Sundays, I honestly felt hollow. While I was on the hospitality team, I was trying to connect with visitors when in reality, I didn't really know the core of our regular members and leaders. It didn't help that soon after, a busy season started at work and I was in the office pushing 60 hours a week. At that point, all I wanted to do, during any down time, was rest or see my friends. So, whenever someone from Metro wanted to grab dinner with me, I went out of sheer politeness than anything. First and foremost, I'm definitely someone that you get to know in layers. I felt out of place, sitting across from someone who I barely saw once a week. Also, since I was so used to my friends telling me about their own struggles and being on the receiving end of their labors, I was not used to the expectant gazes and pauses as people from Metro waited for me to share about myself during these dinners. Secondly, only when someone opens up to me and confides in me, do I really feel a trust and transparency to connect with that person. These are just some of the struggles I personally have, and continue to pray through today. Thus, there was not much progression in my relationships at Metro due to my inability to open up to others.

This awkward phase went on up until recently, when the busy work season ended and I became more committed to attending a community group. The idea of community began to click after I began hearing the struggles people went through - these were the very people who I selfishly believed to be living content lives. When they shared difficulties about work, marriage, family, and other personal struggles, something triggered within me. Now, I couldn't wait for Thursdays to sit down to a meal together, to be with one another, to laugh, and to slowly start sharing about my personal struggles and fears. As a result, I became more comfortable to really open up about myself around friends at church; “Church friends”, was what I called them until then. After I felt comfortable enough to speak freely with people, I noticed that more and more people were sharing their testimony with me. To those who have shared with me, you don’t know the respect and adoration I have towards you; to be able to trust me enough to open up that raw side of yourselves to me. Sincerely, I thank you. I’ve come to realize that many of us have a story at Metro; we come from a once broken place, saved by our Father’s redeeming loving-forgiveness. We are here to have our hearts mended by grace and to help others begin that process.

It’s taken almost a year, but I can now truly and honestly call Metro home. My love for this church grows daily. I have friends here who I know I could call at any time, whether it be to share good news or walk with me through dark times. Looking back, I can see that God did not lead me here because of any one person, but He led me here to find a home where I could earnestly and sincerely serve Him. Some of you reading this might be having similar struggles to what I initially had, but I urge you to reach out to any one of us. We are here for each other through our Father’s grace. Thank you for your time, and I look forward to seeing you on Sunday.