Skip to main content
Back to Stories
Lent·April 3rd, 2021
The Burial 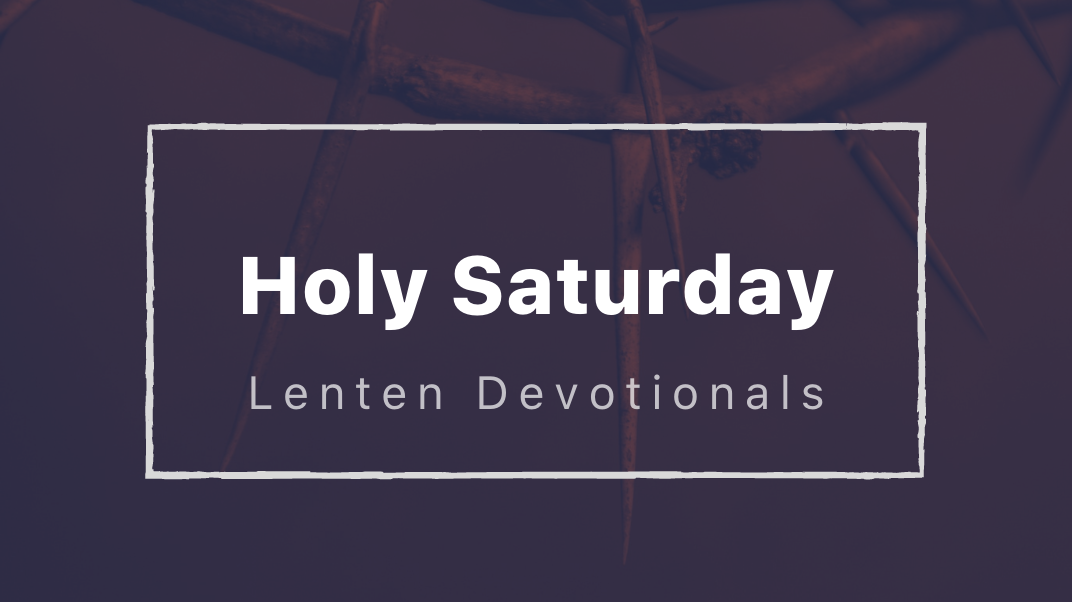 38 Later, Joseph of Arimathea asked Pilate for the body of Jesus. Now Joseph was a disciple of Jesus, but secretly because he feared the Jews. With Pilate's permission, he came and took the body away. 39 He was accompanied by Nicodemus, the man who earlier had visited Jesus at night. Nicodemus brought a mixture of myrrh and aloes, about seventy-five pounds. 40 Taking Jesus' body, the two of them wrapped it, with the spices, in strips of linen. This was in accordance with Jewish burial customs. 41 At the place where Jesus was crucified, there was a garden, and in the garden a new tomb, in which no one had ever been laid. 42 Because it was the Jewish day of Preparation and since the tomb was nearby, they laid Jesus there.

Jesus Christ died, and His disciples dispersed. Many of Jesus’ disciples either ran away, were in hiding, or had gone back to their previous lives. But Jesus lay dead, and needed to be buried. Two men entered the picture, who, earlier, could not follow Jesus after weighing out their options. Joseph of Arimathea and Nicodemus were both men of much wealth and influence. They both initially did not want to follow Jesus because they knew that their religious colleagues would reject their allegiance to Jesus, and they’d be risking their status as elite religious leaders. They feared the cost of following Jesus, ultimately, because they were afraid that their sense of worth would be compromised.

What we see here, however, is that, while all of the disciples dispersed after the death of Christ, these two men, with much to lose, were given faith (new life) as Jesus died on the cross; they were given new eyes to see (and know) Jesus. What did they realize? On the cross, Jesus was rejected so that they could have an ultimate sense of acceptance. On the cross, Jesus gave up His status as King so that they could have ultimate status as kings; the Apostle Peter calls us a royal priesthood (1 Peter 2). Jesus became empty, destitute, and forsaken on the cross so that His people could have the fullness of new life in Him. He didn’t just risk being forsaken and bankrupt, He emptied Himself and suffered the ultimate bankruptcy of being forsaken by God on the cross.

Joseph of Arimathea was led in faith to take action with boldness, by leveraging his political status, to receive the body Jesus for burial. Taking this risk expressed Joseph of Arimathea’s allegiance in being identified with Christ; his worth, status, and value were found in Christ—clearly, as he was willing to risk his earthly life for the sake of Jesus. Nicodemus was also willing to give up his own social and financial capital for the sake of Jesus as he valued Jesus more than the things he once used as a means for self-worth. Nicodemus was able to demonstrate where he placed his values by freely pouring out what he had, and risking what he once valued above all things. Both men could easily have abandoned Jesus, but their spiritual rebirths led them to take risks that could have destroyed their earthly lives. The Gospel shapes us to risk things we once valued as life itself (wealth, a perfect marriage, career greatness, approval) for the sake of Jesus our King, who gave up His life, so that we can be found in Him.

Prayer
Lord, teach us to look to your cross and see that you died for our sins, our personal shortcomings. Assure us by your Spirit that our insecurities and fears have been addressed, and that through your cross, we have access to ultimate security, confidence, and freedom in our lives. In Jesus’ name, Amen.